Recommended citation: Laouar A. Gut Microbes and Pathophysiology of Sepsis: Spillage of Gut Microbial Products, rather than Systemic Dissemination of Gut Microbes, is the Potential Initiator of Septic Morbidity . OBM Hepatol Gastroenterol 2018;2(3):010; doi:10.21926/obm.hg.1803010.

Sepsis is a major public health problem that is considered among the most expensive conditions treated in hospitals and a leading cause of death [1,2,3]. Even with advances in contemporary medicine, the new statistics published by the Centers for Disease Control and Prevention indicate that one in three patients who die in a hospital have sepsis [4]. For several decades, this disease was thought to be caused by the translocation of gut microbes across the intestinal barrier leading to systemic inflammation [5,6,7,8] and the multiple organ dysfunction syndrome in surgical and intensive care unit patients [9]. The ‘gut origin of sepsis’ concept is generally accepted, but some controversy remains about its clinical relevance [9]. For instance, more than half of patients who developed severe sepsis do not show evidence of bacterial contamination in systemic organs [8,10,11], and there are no published human studies that clearly explain this conceptual paradox. In this regard, a study in animal models attempted to explain this phenomena by investigating the possibility that uncontrolled spillage of secreted gut bacterial products, rather than gut bacteria themselves, may cause the initiation of systemic inflammatory responses leading to sepsis and death [12]. Testing this hypothesis required the in vivo investigation of the consequences of interaction between gut microbial components and systemic immune cells. In the 2015 study by Sinsimer and coworkers [12], two main questions were investigated. First, which immune cells were the primary drivers of systemic inflammation leading to sepsis; and second, which gut bacterial populations were predominantly responsible. Because prophylactic antibiotic treatments for sepsis are often administrated as a precautionary measure to patients before and/or during surgery [13,14], this investigation was also extended to explore whether common preoperative antibiotics [15,16] affect the immune and microbial processes involved in the pathology.

In this study, a cascade of events with three key discoveries was described [12]. First, ex-vivo experiments using intestinal luminal contents showed that components of gut anaerobes derived from the Bacteroidetes phylotype are the primarily inducers of pro-inflammatory responses which are mainly produced by myeloid dendritic cells [12]. Second, in vivo experiments using a sepsis mouse model [17] indicated that the common prophylactic Nichols-Condon therapy for sepsis, which consists of neomycin and metronidazole given orally to patients the day before surgery [18,19], is ineffective for clearing Bacteroidetes from the intestine. A point of critical consequence of this outcome is that, in response to acute intestinal injury, this prophylactic treatment induced increased systemic inflammation and premature death when compared to untreated animals [12]. Importantly, the findings indicate that conversely to the ‘gut origin of sepsis’ concept, the in vivo outcomes (increased systemic inflammation and premature death) are independent of gut bacterial spread [12]. Accordingly, a potential scenario was proposed (Figure 1). It would appear that when inflammation is established by microbial products of Bacteroidetes, potent inflammatory immune responses follow. These immune responses can be regulated by a network of pro-inflammatory cytokines including TNFα and pro-IL1β derived primarily from myeloid dendritic cells. This initial response may determine the systemic expansion of inflammation. Because Bacteroidetes’ products contain potent toxins and proteolytic enzymes of the epithelium [20], they may at later stages work in concert with other processes to increase the enzymatic destruction of the mucosal barrier and facilitate gut microbial dissemination within the host leading to immune collapse and faster death (Figure 1).

The notion that gut microbiota components and metabolites are associated with the modulation of immunity is not novel. In fact, gut microbial products do not only translocate into the systemic circulation, but are also likely to contribute to systemic immunity through the lymphatic circulation [21]. Indeed, several reports [22,23,24] have suggested that the microbiota continuously secretes metabolites into the systemic circulation, which in most cases are beneficial to the host physiology. On the negative side, this study shows that circulating gut microbial metabolites may have detrimental effects on the host physiology leading to the pathophysiology of sepsis [12]. With regard to the preoperative therapy, it is possible that neomycin and metronidazole also depleted other anaerobic taxa such as the Lachnospiraceae and Ruminocaceae families. These microorganisms are potent producers of short chain fatty acids (SCFAs) which are known for their potential to dampen the immune response [25,26]. It is therefore possible that the depletion of these gut microbes may be implicated in the detrimental outcomes seen in antibiotic-treated mice.

Overall, the findings of the original study point to an important observation that gut bacterial translocation may act as a promoter of septic morbidity, but not as the initiator as stated by the ‘gut origin of sepsis’ concept [12]. Such findings may explain why more than half of subjects who developed severe sepsis do not show evidence of bacterial contamination in peripheral organs. 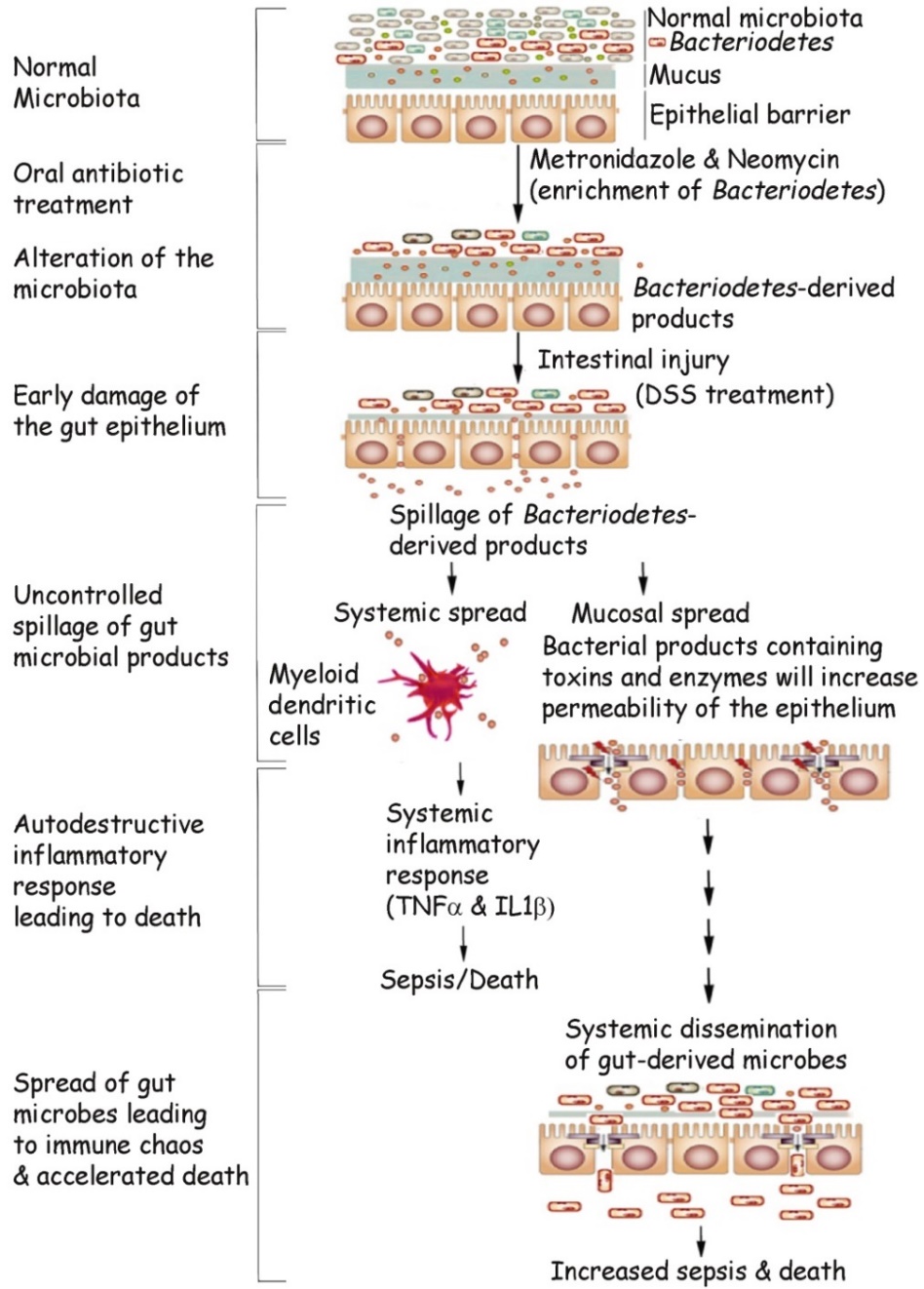 Figure 1 Proposed model showing the impact of intestinal microbes in the initiation of sepsis and how preoperative antibiotics impact this process.

Model describes a potential scenario of the interplay between gut microbial products and host immune cells in response to the common prophylactic Nichols-Condon therapy for sepsis (which consists of neomycin and metronidazol metronidazole given orally the day before surgery) coupled with intestinal injury in mice. Source: Figure 1 was adapted from supplemental material in [12].

It is important to point out that this study was done in animals and extrapolating these murine data to the condition of human sepsis is a daunting challenge. It would however appear, based on this in vivo work, that the Nichols-Condon bowel preparation could be detrimental for leaky gut-prone individuals such as elderly individuals [27] and critically ill patients [28]. Therefore, from a clinical standpoint, it would seem inadvisable to prescribe this perioperative therapy to these groups of individuals. In this regard, both retrospective and prospective human studies will be required to validate or refute the proposed model. In conclusion, we believe that disseminating the key discoveries of the original study [12] is important to broaden the perspective of scientists and clinicians in the field of Gastroenterology & Perioperative Medicine as well as motivate further human epidemiological studies and in vivo investigations using metabolomics for the development of diagnostic tools for the management of sepsis.

This Short Commentary is based on a previous study [12] published under the terms of a Creative Commons license. Articles published under the CC-BY permit unrestricted use, distribution and reproduction in any medium, provided the original work is properly cited and the use is non-commercial. The author apologizes to all investigators whose relevant work was not included in this commentary owing to space constraints.

The author declares no competing interests.