Rapid publication: manuscripts are undertaken in 7.6 days from acceptance to publication (median values for papers published in this journal in 2020, 1-2 days of FREE language polishing time is also included in this period).

Neurolaryngology (NL) deals with the study of electrical and biomechanical events that take place during the execution of the voice, respiratory, and swallowing functions of the larynx [1] and demarcates a new multidisciplinary field that studies the neural mechanisms of laryngeal functions through various approaches. It facilitates a better understanding of diseases and proposes effective treatments in many critical cases. A speech and language therapist (SLT) is specialized in the evaluation, diagnosis, and treatment of social communication and cognitive-communication disorders, voice disorders, and swallowing disorders. An SLT and a neurolaryngologist work in tandem in the same field that facilitates their ability to collaborate and create multidisciplinary teams to benefit a client. Alzheimer’s disease (AD), a disease of undetermined etiology, is the most common type of dementia in the world, affecting 80% of dementia patients. [2] Globally, as the elderly population grows, the number of AD patients also rises rapidly. AD prevalence in Europe is estimated at 5.05% (95% CI, 4.73–5.39). [3] Though the definitive diagnosis of AD requires post-mortem evaluation of brain tissue, the cerebrospinal fluid and positron emission tomography (PET) biomarkers combined with several clinical criteria can aid diagnosis in living patients.4 Available interventions include cholinesterase inhibitors for patients at any stage of AD dementia and memantine for people with moderate-to-severe Alzheimer’s disease. These medications have been shown to improve the quality of life of both patient and caregiver when prescribed at the appropriate time during the course of illness; however, they do not alter the course of illness. [5]

Clinical research is advancing toward more effective interventions and more accurate diagnoses in order to discriminate between AD and different neurodegenerative diseases such as dementia with Lewy bodies, and frontotemporal dementia. [6,7] Resultantly, developing early biomarkers for preclinical stages of AD becomes a priority in order to ensure the greatest effectiveness of therapies during the earliest phases of AD. The NL and SLT are endeavoring to contribute with their specialized knowledge in biomechanics, neurology, phonology, phonosurgery, and in voice and speech disorders. The objective of this paper was to review the current knowledge of NL and SLT in the evaluation of speech and voice disorders in AD patients.

Though this is not a systematic review, the authors adopted a systematic approach for search strategy in peer-reviewed journals based on the recommendations of the PRISMA (Preferred Reporting Items for Systematic Reviews and Meta-Analyses) Statement [8], which was carried out during June 2020 (Figure 1). Institutional review board approval was not required for a review study. This state-of-the- art review considered several criteria: population, intervention, comparison, outcome, time, and setting (PICOTS) framework [9,10,11] for the study.

This review incorporates prospective and retrospective clinical studies published in peer-reviewed journals. Studies were included if they explored the association between AD and the aforementioned disorders. Studies reporting data for >10 patients only were considered. The studies written and published in English and Spanish language were included. Publication date criteria were not applied.

Titles and abstracts were independently reviewed by two authors (M.M.Y. and I.C.V.) to assess the validity and quality of the papers. The disagreement between reviewers was discussed, ensuring consensus in decision making. After removing the duplicate and selecting the remaining articles, the authors reviewed the complete texts of all the papers and manually searched the bibliographic references to include possible studies not found through the search strategy. A critical analysis of the published content and summary of the data of the selected articles/papers was undertaken. Due to the heterogeneity of the studies and the type of review, no statistical analysis or meta-analysis of the evidence found could be performed. 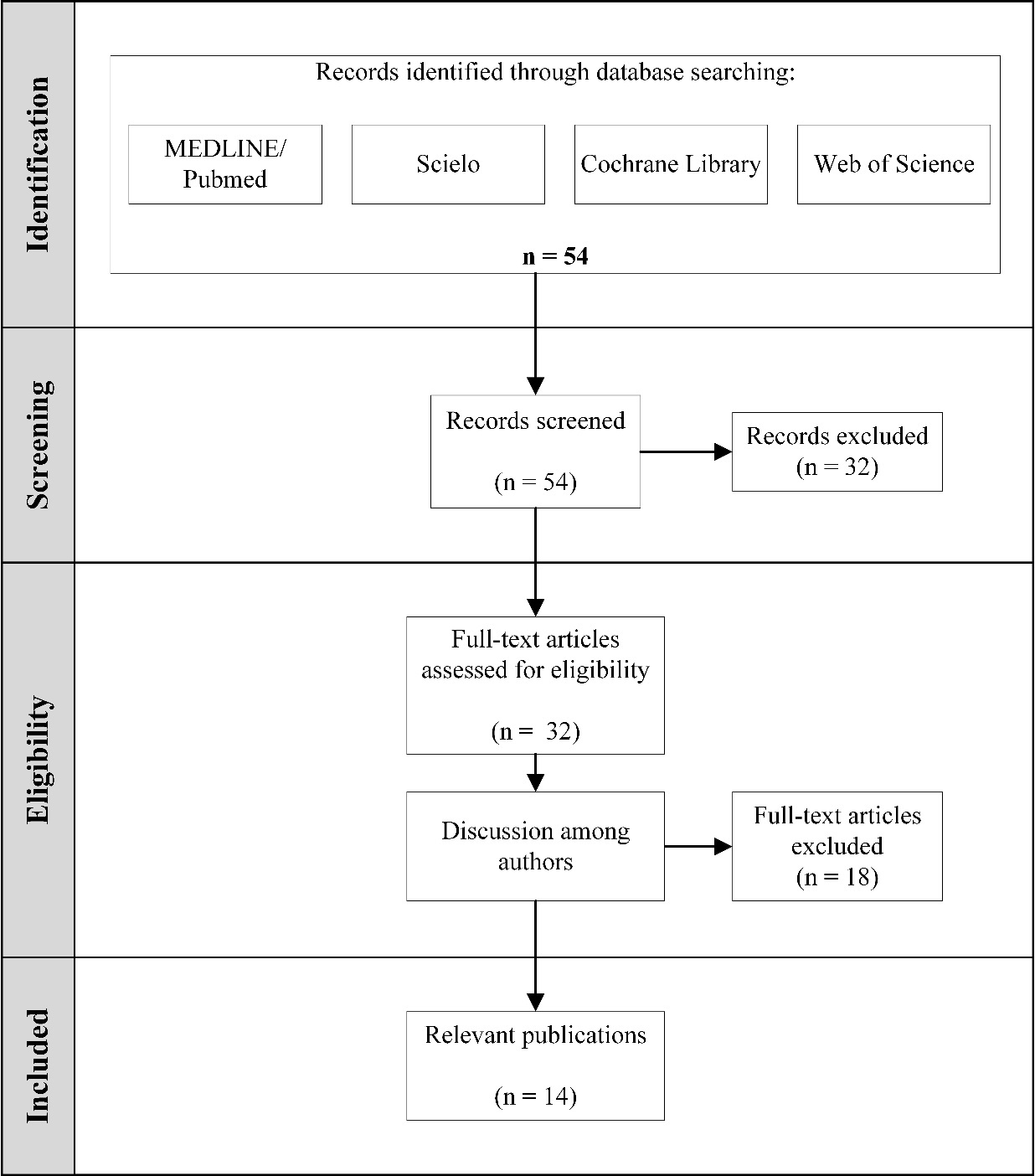 Figure 1 Flow chart of the search strategy based on the PRISMA Statement and after critical analysis of the literature.

From the knowledge of the neurophysiology of the upper airway, it can be deduced that neurological disorders can have several patterns of getting reflected in the voice, speech, and swallowing of the patient. [12] Despite an extensive investigation of other neurological pathologies such as Parkinson’s disease [13] using several approaches, including perturbation measures [14], energy content, [15] nonlinear dynamics, [16] or a combination of several techniques, [17] AD continues to pose a challenge to NL and SLT professionals. Therefore, the objective of the current review was to collect the existing information on the subject (Table 1).

Normal phonation is a complex end product requiring proper neuromotor, respiratory and laryngeal control. The disease processes affecting any or all systems tend to degrade normal phonation. There may be single or multiple sites involved in vocal dysfunction with advancing age and disease progression. The neurolaryngology subspecialty groups the relevant set of knowledge necessary to know and treat laryngeal diseases that arise as a consequence of the sensory and motor alterations of the larynx. [18] It plays a key role because, in many patients with progressive degenerative disorders, therapeutic progress is often prolonged and difficult to attain. Likewise, until recently, patients prescribed medication for this condition were not usually handled by otolaryngologists.

Though changes in laryngeal function occur as part of the aging process, [19] dysphonia in the elderly should be considered abnormal, and sometimes it represents the initial symptoms of a degenerative disease. Several features such as bowing, persistent air leakage, weak voice projection, and poor breath support with hyperfunction not considered typical of presbylarynges were observed in AD patients through several studies. Therefore, in such type of situation, the NL should explore the possibility of AD among the diagnostic options supported by pulmonary function studies and stroboscopic examination after ruling out lesions such as carcinoma or vocal paralysis. [20] Factors such as awareness of general health, activity level, weight loss and their role in the speaking voice are well known to professional voice users and are applicable to the aging population and their voice care. Thus, an association between weight loss and AD has been established [21] that is associated with swallowing problems secondary to pharyngolaryngeal neuronal degeneration. [22]

Finally, a global and multidisciplinary vision is necessary to diagnose and treat AD patients with speech/voice disorders because of existing comorbidities. Patients with AD are usually polymedicated with drugs such as diazide, theophylline, and steroid inhalers that often contribute to mucosal drying. Patients on major tranquilizers and antidepressants may have anticholinergic side effects resulting in laryngitis sicca. Patients on Inderal, valium, alcohol, and nicotine can show decreased neuromotor control. Improved function can often be achieved by careful withdrawal, the substitution of drugs, and/or manipulation of mucolytic drugs to counter the side effects of mucosal drying.

Voice onset time (VOT) is a feature of the production of stop consonants. It is defined as the length of time between the release of a stop consonant and the onset of voicing, the vibration of the vocal folds, or periodicity. [24] This measure was evaluated in AD patients, and several studies established its use in the production of normal and disordered speech because it is a discrete temporal measure. The studies conducted could not document any statistically significant difference in the normal group compared to the control group. [25] Therefore, VOT could not be used as an investigative tool to detect AD in its earliest stage.

The majority of research conducted on AD individuals investigated linguistic abilities. AD patients’ speech was slow, monotonous, trembling, hesitant, less intensive, and punctuated by the loss of airflow. Cummings et al. [26], in their study, demonstrated that language abnormalities were present in all patients, and aphasia was a consistent symptom of dementia of the Alzheimer’s type. They also theorized that AD patients displayed some minimal degree of aphasic symptoms such as anomia. Therefore, the pattern of speech decline was evaluated over time in AD patients, indicating a general tendency for the spontaneous speech of individuals with dementia to decrease upon a one-year follow-up examination. [27] Further research is warranted into the speech production in individuals with AD.

Besides the changes in memory and personality, language disturbances represent the name and word-finding deficits as major characterizing factors in AD. Rhythm alterations are caused by movement alterations affecting the physiology of speech production systems, as in the case of the dysarthria that is typical of Parkinson’s disease, Huntington’s chorea, and amyotrophic lateral sclerosis and have been well studied in motor disorders. [27] Since language disorders are one of the most representative symptoms of AD [28], speech rhythm investigation is still necessary to study AD. Although tests of verbal fluency include category fluency or letter fluency, it is now well established that category fluency is superior to letter fluency in distinguishing normal controls from AD patients, even during mild stages of dementia. [29] These findings have limited applicability because in order to observe such difference in verbal fluency compared to the normal aging process, longitudinal testing between two and five years is necessary, thereby showing its inefficiency in early diagnosis.

A meta-analysis revealed that language impairments record a significant effect size of cognitive impairments in preclinical AD patients years before they are clinically diagnosed with AD. [30] In some studies, it was tried to implement this type of evaluation in clinical practice, for example, a short version of semantic verbal fluency examination could be of potential use in general practice where time-consuming examinations are difficult to implement. [31] Despite these promising results, the reality is that its implementation in daily practice is infrequent and more studies are necessary to improve its diagnostic performance and efficiency.

Language and voice disorders can be present in the early stage in AD. Therefore, the objective measures of the different language domains, combined with an endoscopic examination of the larynx, are vitally important in identifying AD patients. However, very few suitable linguistic methods for early diagnosis of AD have been published, and they are not used in normal clinical practice. Further collaborative research with large scale prospective longitudinal studies between NL and SLT is suggested to validate novel methods such as population-based, primary care, and memory clinics across different settings, age, neuropathologic types, and ethnic groups and to make more specific and earlier diagnoses of this disease.

M.M.Y and I.C.V did all the research work of this study.