Advances in Environmental and Engineering Research

Advances in Environmental and Engineering Research (AEER) is an international peer-reviewed Open Access journal published quarterly online by LIDSEN Publishing Inc. This periodical is devoted to publishing high-quality peer-reviewed papers that describe the most significant and cutting-edge research in all areas of environmental science and engineering. Work at any scale, from molecular biology through to ecology, is welcomed.

Main research areas include (but are not limited to):

Advances in Environmental and Engineering Research publishes a range of papers (original research, review, communication, opinion, study protocol, comment, conference report, technical note, book review, etc.). We encourage authors to be succinct; however, authors should present their results in as much detail as necessary. Reviewers are expected to emphasize scientific rigor and reproducibility.

Rapid publication: manuscripts are undertaken in 12 days from acceptance to publication (median values for papers published in this journal in 2021, 1-2 days of FREE language polishing time is also included in this period).

Estimation of the Return Periods in Hydrology

A filtered Poisson process is proposed as a model for river flows. With the help of real-life data, the model parameters are estimated. Mathematical formulae are derived in order to estimate the various return periods of the river. An application to two rivers shows that the point estimates are very close to the corresponding values computed by hydrologists, based on historical data. Moreover, by modifying the values of the parameters in the model, we can see the potential effects of climate change on the return periods.

Let $X(t)$ be the flow of a certain river at time $t$. We consider the following model:

In hydrology, the response function $w$ is often taken to be of the form

and the $Y_i$’s are assumed to be exponentially distributed with parameter $ \mu$. Thus, $\lambda $ is the rate at which signals occur, $1/\mu$ is the average size of a signal, and $c$ is a parameter that is related to the speed at which the effect of a signal on the flow discharge decreases. Figure 1 shows an example of a trajectory of a filtered Poisson process having the above response function. 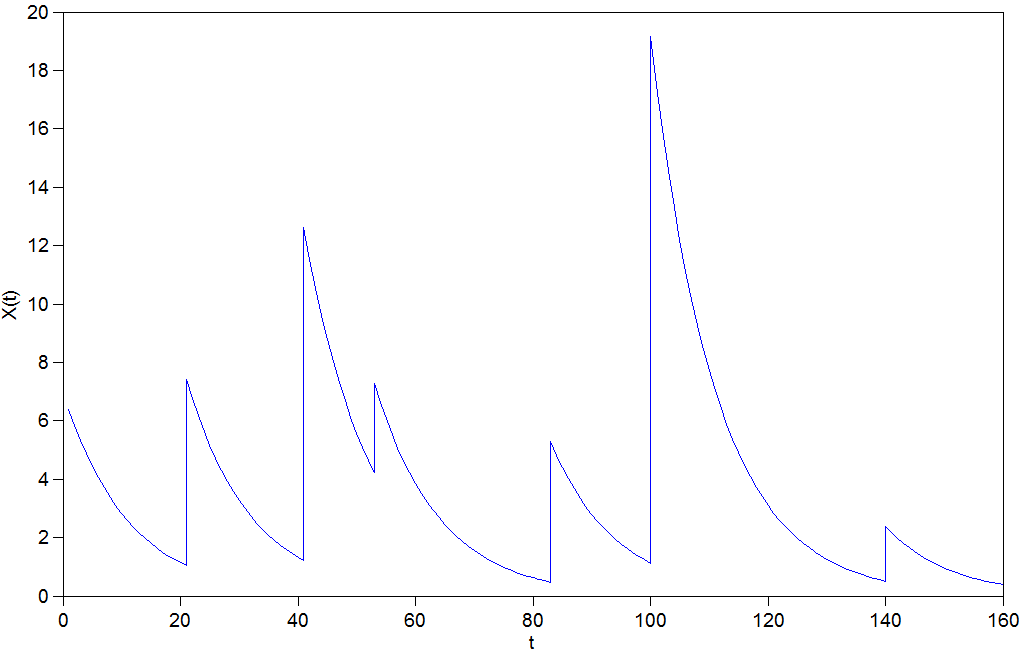 Figure 1 Example of a trajectory of a filtered Poisson process.

The author has used filtered Poisson processes (see for instance Lefebvre and Guilbault [2]) and their generalization to filtered renewal processes (see Lefebvre [3] and Lefebvre and Bensalma [4]) in various hydrological applications. In particular, they can serve as models for daily flows, but also to estimate the probability that the river flow will exceed a given threshold [5].

Another important problem in hydrology is the estimation of the return periods or recurrence intervals. A return period $T_n $, where $n$ is in years, is defined such that the probability of exceedance of a certain event (like a large river discharge flow) during a given year is equal to $1/n$:

The probability is usually expressed in percentage. The estimates of return periods are generally based on historical data over a long period of time. These return periods are important in risk analysis, in particular in the design of structures such as dams or bridges. Sometimes, the return periods are computed for the height or water level of the river, rather than its flow.

Gumbel [6] wrote a seminal paper in which he applied the theory of largest values to flood flows. He used his method to estimate the return periods of the Rhône River in France, and the Mississippi River in the USA, and he compared his estimates to the observed return periods. Since then, many papers have been published on this subject; see, for example, Onyutha and Willems [7]. Jennings et al. [8] wrote a report on the use of regression equations to estimate the magnitude and frequency of floods. There are also papers on return periods of extreme precipitation [9], hail storms [10], hydrological droughts [11], etc.

It is important to mention that the above-mentioned papers are based on statistical techniques. Akyuz et al. [12] used Markov chain models to estimate drought characteristics. Here, we will present a technique based on a continuous-time stochastic process to estimate return periods. This stochastic process has been shown in previous papers by the author to be an appropriate model for river flows. The technique that we propose is different from the ones that can be found in other papers and it will be seen that it yields very good results.

In computing the estimates of the $T_n$’s, it is assumed that they do not vary over time and that they do not depend on past events. However, because of climate change, these assumptions become more and more dubious; see also Serinaldi [13].

In this note, we will present a method that could enable us to see the effects of climate change on the values of the return periods. The method will be presented in the next section, and it will be applied to two rivers in Section 3. We will conclude with a few remarks in Section 4.

2. Estimates of the Return Periods

In practice, flow values are generally recorded on a daily basis. Therefore, we have 365 observations of $X(t)$ per year. Let $M$ denote the annual maximum flow discharge. If we assume that the various peaks during a given year are sufficiently spaced in time, then

Let $p$ denote the probability of having two events on two consecutive days:

The probability of having $r$ events on $r$ consecutive days is therefore, by independence, $p^{r-1} $.

Remark. By looking at real-life hydrographs, it is actually not obvious to determine whether a peak was caused by a single event, or by multiple consecutive events.

If $\lambda $ is large enough, and if we neglect the possibility of observing three or more consecutive signals, a more precise formula for the distribution function of $M$ would be

which should be the case in general since $Y_1$ and $Y_2$ have the same exponential distribution.

We can write that

Therefore, if we have the values of $T_n$, for various $n $, that were calculated by hydrologists, we can use them to estimate the parameters in our model.

In the next section, we will present an application to the Delaware River, which is an important river located in the United States, and to the Lim River in Montenegro. The technique that we propose can be applied to any river. However, in order to evaluate its accuracy, we need some estimates calculated by hydrologists to compare our point estimates to theirs. We could also, in theory, compare the point estimates derived from our mathematical formulae to the corresponding ones calculated by making use of the statistical techniques that can be found in the papers mentioned in Section 1. However, because the values provided by hydrologists are assumed to be reliable and are used in practice, it is preferable to compare our point estimates to these estimates.

The values of various return periods have been estimated for the Delaware River; see Schopp and Firda [14]. The estimated values (in cubic feet per second) at the Montague, N.J., station are presented in Table 1.

With $\hat{\mu}$ and $ \hat{\lambda }$, we can estimate the values of $T_n$ for any $n$, based on our model; see Table 2. We see that the model underestimates the value of $T_n$ for $n$ very large. However, estimating a flow that occurs on average every 500 years is quite difficult and requires a lot of observations. Therefore, the point estimate $T_{500}$ provided by hydrologists is probably more or less reliable, and a confidence interval for $T_{500}$ should be very wide. Onyutha and Willems [7] wrote that in practice return periods between 5 and 100 years are used for the design of hydraulic structures, while higher return periods around $T_{100}$ are used mainly for flood plain development and medium-sized flood protection works. Moreover,$T_{500}$ is rarely used in designs.

Table 2 Point estimates $\hat{T_n}$ of $T_n$ based on the model for the Delaware River.

Table 2 Point estimates $\hat{T_n}$ of $T_n$ based on the model for the Delaware River.

The results are presented in Table 3.

Table 3 Point estimates $\hat{T_n}$ for the Delaware River when the parameters are modified.

Table 3 Point estimates $\hat{T_n}$ for the Delaware River when the parameters are modified.

the possibility that there will be $r$ signals on $r$ consecutive days is again negligible for $r=2,3,...$

In this note, we proposed a model for the flow of a river that enables us to estimate the return periods for that river. In two applications, we saw that, after having estimated the parameters in our model, we obtained good or very good estimates of the various return periods, when compared to the values provided by hydrologists. Then, we computed the new point estimates for the Delaware River when the values of the parameters are modified, as we can expect, because of climate change.

As a sequel to this work, we could try to apply the same technique to estimate the return periods of other important rivers, to see if the results that we obtained are as robust as they appear to be. To do so, we must of course have the corresponding return periods estimated by hydrologists. Finally, we could also try to use different models for the flow $X(t)$, in particular models based on diffusion processes.

This work was supported by the Natural Sciences and Engineering Research Council of Canada (NSERC). The author also wishes to thank the anonymous reviewers of this paper for their constructive comments.

The author did all the research work of this study.

The author reports that there are no competing interests to declare.

To receive the table of contents of newly released issues of Advances in Environmental and Engineering Research, add your e-mail address in the box below, and click on subscribe.