Rapid publication: manuscripts are undertaken in 15.0 days from acceptance to publication (median values for papers published in this journal in the second half of 2021, 1-2 days of FREE language polishing time is also included in this period).

Cervical carcinoma is most common in Indian women of which Rural women are predominantly affected. The most common etiological factor is human papillomavirus (HPV ). The present study aims to assess the diagnostic accuracy, sensitivity, specificity, and different patterns of cervical Pap smears by comparing histological findings. The index study is a retrospective cross-sectional analytical study. The data was collected at the pathology department from May 2017 to December 2019 according to hospital ethical protocol. Cervical Pap smears received by the pathology department underwent Pap staining. A total of 884 Pap smears were satisfactory and included in the study. The age of enrolled women was 46.4 ± 9.7 years. 800 cervical Pap smears were reported as negative for intraepithelial lesion (NILM), and 84 Pap smears were reported as abnormal. Abnormal pap smears included 64 (7.1%) atypical squamous cell-undetermined significance (ASC-US), 9 (1.01%) low-grade squamous intraepithelial (LSIL), 5 (0.56%) high-grade squamous intraepithelial lesion cannot be ruled out (ASC-H), 3 cases (0.33%) of high grade squamous intraepithelial lesion (HSIL), 2 cases (0.22%) of atypical glandular cell-not specific otherwise (AGC-NOS) and 1 case (0.11%) of squamous cell carcinoma. The cytohistological correlation was found in 56 patients, including 41.07% with chronic cervicitis, 26.75% with chronic cervicitis with squamous metaplasia, 5.35% with cervical polyps, 3.57% with CIN-1, 14.28% with carcinoma in situ, 7.14% with squamous cell carcinoma (keratinizing), 1.78% with squamous cell carcinoma (non-keratinizing) patients. Cytohistological correlation of 56 cases revealed sensitivity (83.33%), specificity (94.73%), PPV (88.23%), NPV (92.3%) and accuracy (91.07%). The cervical Pap test is cost-effective, almost as sensitive, and accurate as histology in screening for cervical lesions.

The Pap smear is an effortless, simple, non-invasive, rapid and effective screening procedure. The cervical biopsy is an invasive procedure, however, it is considered the gold standard for diagnosing cervical lesions [6]. The indexed study aims to assess the diagnostic accuracy, sensitivity, specificity, and different patterns of cervical Pap smears by comparing histological findings. Cytohistological correlation is an excellent way to determine the internal quality of the Pap test and efficacy of the Pap test.

This is a retrospective cross-sectional analytical study conducted in the pathology department of a secondary care hospital from May 2017 to December 2019 according to hospital ethical protocol. Cervical smears and biopsies were taken by the gynecologist and sent to the pathology department after obtaining informed and written consent from patients. Pap smears are processed in the cytology sections of the department, and the biopsy is performed in the histopathology sections of the department. Usually, there was a two-week interval between cervical pap smears and biopsy samples, but it can vary.

The cervical pap smears were screened and made a final report by the pathologist.

Data like age, socioeconomic status, and clinical history, including symptoms and signs, were collected.

The Pap smears were fixed in methanol and stained by conventional PAP staining technique, mounted with DPX and examined under a light microscope. The cytological reporting of the smears was performed according to the Bethesda system 2014 [7].

Biopsy specimens were received in 10% formalin fixative. The biopsy specimens were processed routinely and embedded in paraffin blocks and stained with hematoxylin and eosin (H&E) stain. The cytology of Pap smears was correlated with histopathology findings.

This study was performed according to the institute's ethical committee protocol, which follows Helsinki guidelines.

A total of 800 cervical Pap smears were reported as negative for intraepithelial lesion (NILM), including inflammatory smears with altered flora (30%) and bacterial vaginosis (20%), as depicted in Figure 2. 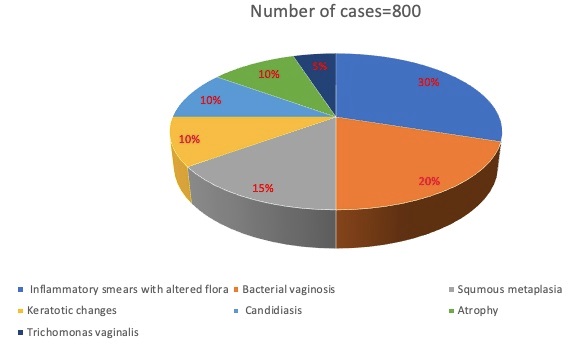 Figure 2 The pattern of negative for intraepithelial lesion (NILM) of cervical Pap smears.

The cytohistological correlation is possible in 56 cases. The correlation of histology to cervical Pap smears is described in Table 2 and Table 3.

Table 2 Cyto-histopathological correlation of Pap smears and cervical biopsies/hysterectomies is available in 56 cases.

Table 2 Cyto-histopathological correlation of Pap smears and cervical biopsies/hysterectomies is available in 56 cases.

In our hospital, most patients were screened with Pap smears and later the diagnosis was confirmed with a biopsy when available. The patients were managed according to the ASCCP 2012/Bethesda 2014 category [7].

The present study was hospital-based with a case age range of 24-80 years, as described by Patil et al. [8], the cervical Pap smears technique is the best way to screen precursor lesions of the cervix. Early detection of precancer lesions of the cervix helps to treat these cases before the progression of the lesion. The chief complaint of cases was whitish discharge per vagina (50%), which was similar to another study [9]. On Pap smears, we found the maximum cases were NILM (90.4%) according to the Bethesda 2014 report, which t was correlated with other studies [10,11].

We found 9.5% of cervical Pap smears were abnormal (intra-epithelial lesions), which was lower than the 16.86% of intra-epithelial lesions reported in the study by Warpe et al. [12]. Bindroo et al. reported epithelial abnormality in 40.4% of cases, the most common of which was ASC-US (15.6%) [13]. In the present study, we also found ASC-UC in most of the cases, accounting for7.1%. In addition, we found a cytohistological correlation in 56% of cases, with chronic cervicitis and squamous cell metaplasia in most of the patients (64.3%), but lower than the 93% and 91% reported in other studies [9,13]. The LSIL, HSIL and SCC were fully correlated with histopathology in the present study in available data which was comparable to another study [14].

The sensitivity, specificity, PPV, NPV and accuracy of the present study compared with other studies are shown in Table 5.

Table 5 Comparison of the present study with other studies.

Table 5 Comparison of the present study with other studies.

In the literature review, various studies from India and around the world have shown the significance of Pap smears in cervical cancer screening, as described following.

Shaki et al. reported 1100 women aged 21-65 years as outdoor patients attending a medical camp in urban Mumbai, India, and most of the cases were benign, including about 581 (52.8%) NILM, 203 (18.4%) inflammatory, 45 (4%) ASC-US, 75 (6.8%) LSIL, and 74 women (6%) with HSIL [18]. They concluded that the Pap smear is a very easy, non-invasive, safe, and very economical tool to detect pre-invasive cervical epithelial lesions and recommended that every woman above the age of 30-35 years must undergo cervical screening and this must be continued in postmenopausal [18].

Wilailak et al. reported that in 2020, WHO endorsed a comprehensive strategy to eradicate cervical cancer at a threshold of 4 cases per 100 000 women in the 21st century, with the help of a triple worthy interference strategy including 90% of girls fully vaccinated by age of 15, 70% of women screened by age 35 and again by age 45 to achieve 90% of women with precancers should be treated, and 90% of women with invasive cancer should be managed. In countries with high incidences of cervical cancer, a huge attempt is required to control the challenges [20].

We concluded that the cervical Pap smear has good sensitivity and excellent specificity along with accuracy in detecting cervical lesions compared to biopsies/hysterectomy specimens. We also found a significant correlation between the cervical Pap smears and the histology of biopsies/hysterectomy specimens. The cytohistological correlation between cervical Pap smear and biopsy is a good technique for improving the quality of the screening program. We recommend routine or regular screening of the population by cervical Pap smears, which help early detection of precancers and cancers lesions of the cervix as the Pap smear is very cost-effective, accessible, rapid, non-invasive, and feasible everywhere. The patients should be managed according to ASCCP 2012/Bethesda 2014 guidelines.

Dr Anju Khairwa is the only author and has done all work alone.